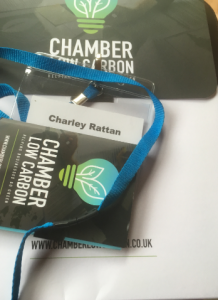 Just back from Electricity North West stakeholder engagement session with their partners Chamber low carbon.  It makes one realise just how far the industry has come when awkward squad individuals – such as me -a re welcomed and encouraged to speak up at such industry- shaping seminars. This represents a far cry from the top-down philosophy so prevalent in nationalised monopolies until the 1990’s

The North West transmission grid is built and already in place and runs from The Scottish border to South Cheshire.  Electricity North West are the Distributed Network Operator or DNO for electricity, and closely regulated.   I learned from them, that a RIIO2 consultation process is underway.  As with their gas transmission counterparts  future-needs-gas-transmission-grid , energy North West are taking stock of what they do – and how – and fully  aware of the massive transformation taking place in the UK electricity industry and are able react and ensure their infrastructure is in place.

5 The future is being modelled- with the provision of infrastructure for electric vehicles and a low carbon agenda two of their top priorities.

For once my own attempt to rank priorities accorded not only with that of the wider group but also, I later learned, the front runner throughout the many sessions run this year.

North West Electricity is aware of the rapidly changing energy landscape largely driven by the-astonishing-rise-of-wind-energy and sister renewables . The DNO has an Ofgem case to prepare and doesn’t want to be left behind as scenarios encompassing the future are modelled and worked up. Some scenarios see this decarbonisation process accelerating right up to 2050

To their credit electricity North West and their co-hosts chamber low carbon hosted an exemplary stakeholder session throughout the UK, engaging in a hitherto unthinkable way. The dno faces a challenging but interesting future and by reaching out to its customers and listening to what they say will surely help fashion a more effective future.  They will have a key -albeit changed – role to play in the coming years.

This course may interest readers:

One thought on “Electricity stakeholder engagement”