Getting ‘mega’ onshore projects away 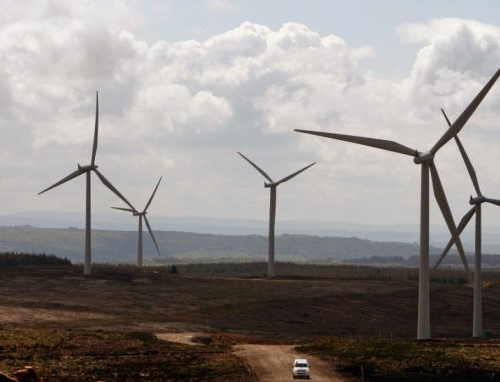 Getting ‘mega’ onshore projects away

My article mega-projects published on May 30 continues to attract interest – so I thought it may be worth going a little further in addressing the question of how to  get ‘mega’ onshore  projects away.

Essentially, there are five main issues to face, especially with regards to onshore wind; if the developer can crack these key essentials, then the project may be viable. Assuming consenting and political concerns are adroitly addressed, there will be every chance of these projects being successfully built out.

1. Resource – Sounds pretty obvious, but there needs to be abundant wind at the right speed to make the project viable. The old norm of a single met-mast no longer applies as ‘mega’ projects extend over many miles and feature differing terrains. This means that wind measurement should be thought of in terms of a strategic campaign and a separate planning application is required using much taller met masts and industry standard mapping tools such as up to date GIS. This can be combined with local knowledge and augmented by such portable and flexible kit as a high-tech laser ‘LIDAR’ strategy .  Although it may be hard to justify the expenditure at the development stage, there may be advantages in going for as many locations as possible later in the project lifecycle with more favourable banking terms reflecting the reduced risk on the lenders  part.

2. Willing landowners – Again this sounds self-evident, however, projects can last a long time and there may be changes as younger family members become involved. Also ‘mega’ onshore projects can lead to a large number of landowners, who may have differing interests. Ensuring they are aligned to the project usually involves land agents who like the landowners, require managing. So, think about the likely administration time needed and the number and timing of option fees and tailored agreements required; considering this early can avoid later pain.

3. Access – UK roads with bends and low-level bridges were not designed with 7mw turbine transportation in mind. Large sites however should present the developer with a number of access opportunities, but additional tracks are still likely to be needed; think about this early and try to have several options to avoid becoming overly dependent on a single route.

4. Grid – There is no point developing if there is no opportunity to export the power in a cost- effective manner. Reviewing grid ten-year plans, knowing where infrastructure is being upgraded and engaging with grid authorities can help the developer make informed choices and of course large projects could create opportunities for the grid themselves. Integrating new technologies such as solar and especially battery arrays should also be modelled into grid scenarios from an early stage.

5. Landscape and visual- Perhaps THE major concern for residents and communities. 167m turbines are large in comparison to 135m industry norms. It may seem obvious but, careful siting, choosing strategically sited areas away from major population centres can reduce the risk as can use of desktop tools in designing to blend in and harmonise with the landscape.

There are of course other risks to address and ‘mega’ sites extending over many miles will always present issues and of course opportunities to the savvy developer. We can expect more of these projects from a mature industry that can use lessons learned to implement the national strategic  aspirations outlined in the Scottish Energy Strategy  in the coming years.

Your company can benefit from my support now.

My expertise can be delivered in your offices or any global location.

For an in-depth discussion tailored to support your requirements: