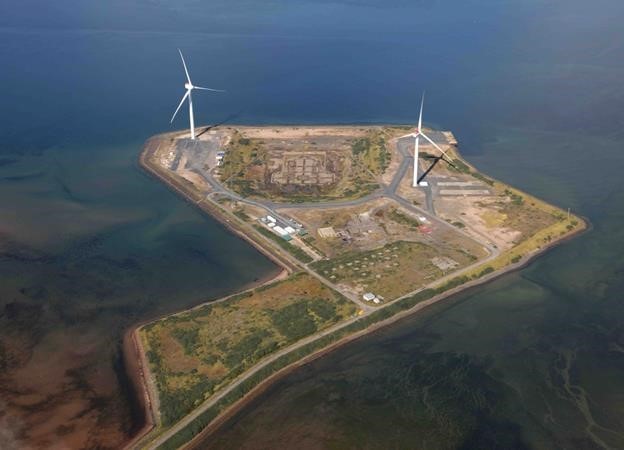 So the offshore turbine test facility at Hunterston is to be decommissioned. Short but sweet. I recall setting foot in SSE’s brand-new Waterloo Street office and against every gut instinct agreeing to a most challenging development programme back in 2011. A year to the day later and Hunterston was consented by North Ayrshire Council.

The idea – to test the next generation of offshore machines onshore – albeit in a pretty extreme marine environment – was bold. This was especially the case as the machines were significantly larger than those already in operation representing a move away from 3MW machines to 6, 7 and even 8MW behemoths with tips heights rising from norms of 140m to around 200m. Quite a challenge – with communities nearby and an existing nuclear facility as a neighbour.

Undeterred, the SSE development team I led engaged with stakeholders and met with communities. I recall staying at a religious establishment on the Island of Cumbrae as we ensured residents of Millport looking directly on to the site were invited to share and refine our initial proposals.

The site itself was a man -made island off the North Ayrshire coast and formerly used to make marine structures for onshore oil and gas industry. It needed additional piling for generic foundations designed for turbines designed for marine use. Other issues centred around the noise machines not designed for proximity to people, ensuring the nearby Hunterston nuclear facilities interests were addressed, and landscape and visual concerns around the sheer scale of the machines

Hunterston offshore test facility is a success and a testimony to all the hard work put in by SSE and its JV and alliance partners including Scottish Enterprise and the turbine manufacturers Mitsubishi and Siemens themselves. Machines trialled at the facility were selected for the SSE fleet and are currently being deployed at the utilities Beatrice Offshore Wind Farm of the East coast of Scotland. They are also rated at 7MW now giving a useful project uplift

The project initially had a five-year timeline which SSE extended by two years and now decommissioning is being planned. Hopefully the machines can be redeployed to continue generating green electricity.

Goodbye Hunterston. Well done to the development, operations and now the decommissioning teams. You have earned your place in the story of offshore wind